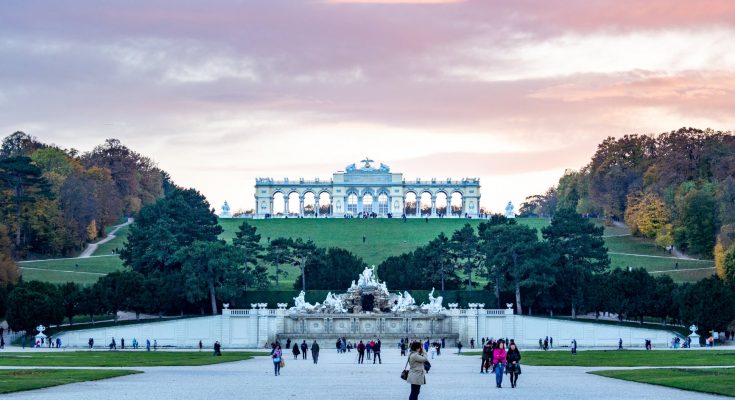 You’re free to express your sexuality as you please in the Capital of Sex, Vienna. But it wasn’t always this way. Brothels weren’t legal until 1999 and the city’s inhabitants were much more prude. The development that turned Vienna into the capital of sex, took place in the last hundred years. One of the latest exhibits in the Wien Museum seeks to reflect upon this development. It tells a story of a time when not all sexual desires could be freely expressed. Which is why it is called Vienna – Lust. Control. Disobedience.

The exhibition is composed of many pieces that show how all this has changed since the 19th century. It’s a story of repression and freedom that has left many remnants behind, that you can view in this exhibition. The strongest value represented by the exhibition is that the societies control systems couldn’t fully control people. They couldn’t monitor and control what happened in people’s bedrooms, in dark corners and secret spaces. Even though such control mechanisms sought to strip people from fulfilling their “unnatural” desires, they didn’t succeed.

As the city grew larger, people finally had the luxury of anonymity on their side. Finally, everyone had a way out of society’s control mechanisms and could fulfill their sexual desires. But these developments also came with many repercussions when people got caught for enjoying unpermitted sexual encounters. Because this exhibition addressed a pressing topic and its uniqueness, it became one of the most successful ones in the Wien Museum’s history. The number of visitors added up to more than 60 000 within a period of a few months.

The exhibition holds the many remnants that were left behind in the change during the 19th and 20th century. You can see plenty of posters, sexy advertisements, postcards, posters and even movie clips. There’s a display of the very first orgasm shown in a movie. It was one of Hedy Keiser’s naked scenes done in the 1933 movie Ecstasy. You can also find a lot of fancy vibrators from, that were confiscated by the police in 1910. There are also a lot of condoms (unused), made out animal intestines.It’s interesting that the popularity of this exhibition outgrew even Klimt’s stakes too. Few things speak so many truths of how Vienna became the Capital of Sex. Few cities had so many artists that couldn’t stop themselves from producing kinky artworks and literature.

The main goal of Vienna – Lust. Control. Disobedience was to tell a true story through alternative narratives. But this story isn’t just about how much sexuality contributed to the cultural development. Rather, it’s much more about what was permitted and unpermitted for people to do in their bedrooms. Also, about how the friction between these two has come to change. Thus a story filled with battles and victories unfolded.

The Influence of Prostitution

Very few cities in Europe have prostitution so deeply embedded into its fabrics. It’s pretty shocking to see for many of the tourists that visit. You can see prostitution in most parts of the city. You can legally visit a brothel and bang as much buck you have. The sex industry is flourishing.Yet the history behind it isn’t very glamorous as you would expect. This is because child prostitution played a role in Vienna’s culture before the World War 1. During that time many famous writers expressed their strong enthusiasm for underage girls. Like Peter Altenberg and Adolf Loos for example.

Hopefully the smashing success of Vienna – Lust. Control. Disobedience will be repeated once more next year. Sadly, the exhibition has already closed on January 22, but the likelihood that they’ll open it again is high. It still has a lot of people to tell its unique stories to and to shine as one of the crown jewels of Vienna’s history. For more information about this exhibition, please visit the Wien Museum’s official website.