Blick.ch published an item on an interview with an ex-sex worker who wrote “Dehumanized,” a book about the life of a prostitute. She was able to leave this profession after ten years and is now an activist who advocates for people to only have sex because they want to.

Ms. Mau agrees that the clients believe they have a right to sex because they seek to use their power and influence over women to relieve themselves of guilt. “They are expecting a machine that appears to be close them.” In prostitution, rejection is not an option. In conclusion, males who perceive women as property are more liberated.”

How does it feel to be a prostitute?

Ms. Mau answered the most anticipated question, “How does it feel to be a prostitute?” directly and honestly. For men, sex workers are nothing more than a body with a few holes that can be judged based on their “performance.” “The suitors are uninterested in what is truly behind it, whether the lady feels repulsed, terrified, bored, or whatever she is like.” That hurts a lot.”

This attitude toward women has the potential to destroy our civilization. Men learn that whether or not they desire to have sex with a woman, her feelings and wants are irrelevant. This is a forbidden subject. “It’s extremely creepy: we’d be frightened if a friend told us he had sex with a lady last week but didn’t know if she wanted it.”

Are the suitors aware of the prostitutes’ trauma? The majority of men suspect it. They don’t mind if they don’t want to have sexual relations with them as long as they pay. “What sort of “work” is it that relies so heavily on traumatized women to perform it?” When it comes to prostitution, many adopt a shield because they feel it has nothing to do with them, although it affects us all.

The four aspects of prostitution

Ms. Mau enumerates the four elements as they discuss them, and the first one is sexual or physical trauma in youth. The second is devaluation as a woman, which means that they are sexualized or marginalized because of their gender. The third component is financial difficulties, and the fourth is someone to assist you in getting started.

The fourth aspect, as Ms. Mau noted, is the individual who assisted them in getting started, such as human traffickers and pimps. “In my instance, it was a ten-year-old police officer who wanted to pay off his own obligations with me,” Ms Mau says. I felt compelled to participate because I was on the verge of being homeless. Some of my own experiences may or may not be applicable to other ladies. They were fortunate after that. I published the book in order to show women that we are sisters. It’s possible that you were in my shoes. That’s why I’d like you to offer my support.” 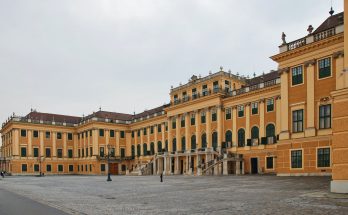 What you can expect in a Top Vienna Sex Club?